The Academy is pleased to present the Distinguished Achievement Award to five very deserving individuals. These individuals have had an impact on the profession through their teaching, clinical service, research contribution, and/or innovative program development.

Kathryn Beauchaine, MA
Kathy Beauchaine is a master audiologist and clinician-scholar who exemplifies what every clinician strives to be. She is an exceptional clinician, researcher, speaker and educator. While Ms. Beauchaine sees patients of all ages, she is nationally known for her long, exceptional audiological care for pediatric patients and their families. She has been pushing the envelope of best practice for care of infants and children long before the current surge of interest in this area. Because of her exceptional abilities in critical thinking, creativity and compassion for each child, she has risen to be a leader in pediatric audiology. She is an invited member of several working groups that write guidelines for pediatric audiology. Ms. Beauchaine has authored or coauthored 33 publications in peer-reviewed journals, 9 book chapters and 12 other articles. She has given over 60 presentations at local, national and international meetings. Ms. Beauchaine is an instructor at Creighton University School of Medicine and routinely supervises audiology students for their clinical training. She currently is a member of the Board of Audiology and Speech Language Pathology at the State Board of Health. Her unique combination of clinical skills, clinical experience, and attitude toward learning and educating others places her among the Academy Distinguished Award recipients.

Theodore J. Glattke, PhD
Dr. Ted Glattke is the quintessential scholar, investigator, educator and mentor of students and colleagues. His dedication to students, his service to American Indians and children in Mexico, his pioneering research in evoked potentials and otoacoustic emissions, his administrative service to university, local, national and international organizations and his enduring support of colleagues places Dr. Glattke among the most accomplished members of our profession. He has authored, edited, or coedited over 75 scholarly publications and presented more than 200 invited lectures. He has directed the research and degree programs of 51 graduate students, including eight Ph.D dissertations. His core altruistic nature is reflected in his long and sustained service to underserved populations in the United States and Mexico. He sought, obtained and sustained a program at the University of Arizona for the graduate education of American Indian students in communication sciences and disorders. He has served as a member or chair in national and international professional organizations and boards too numerous to list. Dr. Glattke has contributed on the highest and most sophisticated level to audiology's science, its education of students and professionals, its organizational affairs and its clinical services. His intellect and knowledge, along with his personal grace and humane spirit, are cherished by his colleagues.

David Goldstein, PhD
Dr. David Goldstein is well known as one of the early promoters of the expansion of audiologists' scope of practice to include hearing aid dispensing. He knew that hearing aid dispensing by audiologists was essential for best patient care and for the profession of audiology. However, Dr. Goldstein probably is best known for his determination that audiology must become a doctoral-level profession for best patient care and for the profession of audiology. Hearing aid dispensing and the AuD degree has proved to be in the best interest of the patients we serve and of our profession. Clearly, the current state of audiology and its future as a health-care profession would be very different had the goals of hearing aid dispensing and the AuD degree not been achieved. Dr. Goldstein was a prolific researcher whose publications focused primarily on amplification and speech perception. He wrote extensively about auditory rehabilitation and provided models of university-based service delivery that are still found at academic institutions across the nation. Dr. Goldstein is one of the American Academy of Audiology's founders. As both an educator and visionary, Dr. Goldstein recognized the need for practitioners to have the knowledge and skills necessary to serve persons with hearing and balance disorders today and in the future.

Gyl Kasewurm, AuD
Dr. Gyl Kasewurm began her private practice, Professional Hearing Services, in St. Joseph, Michigan, during 1983 when audiologists were not dispensing hearing aids. Dr. Kasewurm dedicated herself to improving patient care. Her patient care innovations include a virtual real-world simulation to investigate hearing aid outcome measures, a community education series featuring nationally respected presenters, and the development of a Patient Advisory Board for her practice. Better Hearing Institute awarded Professional Hearing Services the Audiology Practice of the year 2005 and chose it to be featured in the 2006 PBS Spotlight on Hearing. Dr. Kasewurm was awarded the Chamber of Commerce Entrepreneur of the Year Award in 2003. The New York City School of Business awarded her service delivery model second place of 144 entries in the National Plan Competition during 2005. Dr. Kasewurm has been a leader in the American Academy of Audiology. She has served on numerous committees including chair of the Program Committee for the 2003 American Academy of Audiology Convention. Dr. Kasewurm has published numerous articles regarding how to provide patient service, and she has presented more than 50 programs to audiologists. Dr. Kasewurm is always willing to share her ideas with her peers. 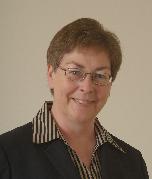 Sharon Lesner, PhD
Dr. Sharon Lesner has excelled as an educator, clinical service provider, administrator, mentor, and researcher. Her students and colleagues praise her broad range of abilities. Dr. Lesner was the driving force behind the development of the Northeast Ohio AuD Consortium, NOAC. Her abilities and commitment were the impetus for the faculty to vote unanimously to develop a clinical doctorate in Audiology at the University of Akron. Dr. Lesner led a team which developed the curriculum for the new AuD degree. The Board of Regents of the State of Ohio made the decision that no new doctoral degrees would be approved. This did not deter Dr. Lesner. The proposal of a joint clinical doctorate between Kent State University and the University of Akron was approved by the Board of Regents. This was an excellent way to combine the clinical program at the University of Akron and the research program at Kent State University. The program began during 2001. Dr. Lesner received her PhD from Ohio State University during 1979. Dr. Lesner was named Fellow of the Institute for Life Span Learning and Gerontology. From 1998 to 2002 she served as a Research Scholar for the Cleveland Clinic Foundation.

Peter Blamey, PhD
Dr. Peter Blamey is known as an outstanding research scientist who has made significant and sustained contributions to the field of audiology and to hearing-impaired adults and children worldwide. Dr. Blamey's excellence as a researcher has been shown by many appointments as Chief Investigator on multiple National Health and Medical Research Council project grants and was a National Health and Medical Senior Research Council Senior Research Fellow. Dr. Blamey was a pioneer in the development of the cochlear implant. He also led seminal research into the use of a cochlear implant and hearing aid in opposite ears. This research provided a unique opportunity to compare acoustic and electric signals in one listener to enhance understanding in auditory processing. He conducted longitudinal research regarding language, speech perception, and speech production development in children using cochlear implants and hearing aids. His research provided new theoretical perspectives regarding the relationship between hearing and language development. His findings led to the development of a language-based criterion for cochlear implantation in children. Dr. Blamey is currently a Director and Chief Technical Officer of Dynamic Hearing Pty Ltd and an Honorary Professorial Fellow in the Department of Otolaryngology at the University of Melbourne.

Richard Seewald, PhD
Dr. Richard Seewald has contributed research findings in pediatric amplification for more than 25 years. Dr. Seewald's paper entitled "Selecting Amplification Characteristics for Young Hearing-Impaired Children" quickly became a classic in pediatric audiology. His critical approach to determine the amplification needs for infants and young children raised the bar in pediatric hearing aid research. Dr. Seewald's Desired Sensation Level Approach (DSL) hearing aid fitting method is used worldwide to ensure that infants and children receive appropriate amplification for loudness comfort and speech-language development. Dr. Seewald has continued to refine his recommendations and assess their validity to improve the ability of clinicians to provide optimal hearing aid fittings for infants and children. Dr. Seewald is known as an excellent teacher. In addition to his many publications and presentations, Dr. Seewald has mentored 47 master and 2 doctoral students. He has taught students and practicing clinicians that audiology care for infants and young children is a science and an art. Dr. Seewald not only has an excellent understanding of technologic and theoretical issues, but he also is a clinician with the compassion and interpersonal skills to work with children and their families. Dr. Seewald has brought his research finding into the clinic of every pediatric audiologist.

This award honors individuals who have had a distinguished career in the field of audiology. Recipients must not only be productive researchers but must have made significant contributions to the practice and/or teaching of audiology as well.

Robert Margolis, PhD
Dr. Robert Margolis is a scholar, scientist, clinician and teacher whose career achievements follow in the tradition of Dr. James Jerger. Dr. Margolis has 130 manuscripts and book chapters published, with 50 of those having graduate-student coauthors, attesting to his passion for teaching future generations of audiologists. Dr. Margolis's career is characterized by "translational research," in which he performed basic laboratory studies and applied them to clinical practice. Dr. Margolis led the profession to our current use of quantitative measures for tympanometry. He is one of the world's leading authorities on the measurement of human middle ear function. His research has detailed measurement of acoustic admittance in infants, children and adults, providing us with admittance norms that clinicians use today. Dr. Margolis has numerous scholarly publications on the middle ear muscle reflex, energy reflectance of the middle ear, electrocochleography, diagnostic audiology, speech perception and various topics in the area of otitis media. Currently, Dr. Margolis is funded by the National Institutes of Health for development of automated audiometry. He has been the recipient of the JAAA Editor's award, the Larry Mauldin Award for Excellence in Education, and the AAA Humanitarian Award and has received Honors of the Association from the Minnesota Academy of Audiology.

Frank E. Musiek, PhD
Dr. Frank Musiek is a renowned hearing researcher, scholar, teacher and clinical audiologist. His research on electrophysiology and central auditory processing has led to the discovery and implementation of numerous tools that are widely used for assessment of the auditory brainstem and central auditory pathways. His research career has contributed in a substantial way to our fundamental understanding of the anatomy, physiology and neurophysiology of the human auditory system. In addition to his immense contributions to clinical science and practice, Dr. Musiek has demonstrated an untiring dedication to educating students, from undergraduates to postdoctoral research associates and medical students. Dr. Musiek has published over 140 refereed articles and presented more than 220 invited lectures and seminars and nearly 300 papers at national and international conferences, research symposia and other venues around the world. He has developed four clinical audiologic tests, three of which are mainstays of the clinical central auditory test battery. He has published nine books and authored no fewer than 35 book chapters. His keen research and insight into the areas of central auditory processing and dysfunction, anatomy and physiology of the auditory system and hearing assessment and diagnosis have earned him a national and international reputation as an authority on the human auditory system and hearing.