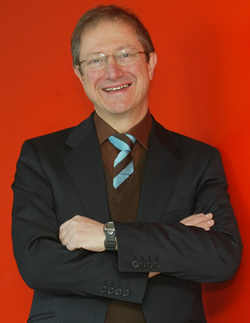 Dr. Adrian Davis has a list of accomplishments so long, there is not enough room to present them in this short biography! He initiated, developed, and still manages the National Hearing Service Newborn Hearing Screening Program for England, an evidenced-based model that set the benchmark for programs all over the world. He initiated, developed and still manages the NHS Hearing Aid Program for England, a system that provides appropriate and properly fitted hearing aids for its citizens.

Dr. Davis is a known throughout the world as a scientist and researcher with a list of over 200 referred publications. He has been the principle investigator in numerous national studies concerning hearing, tinnitus, balance, and rhinology in both adults and children. He and his colleagues completed a national study of hearing that investigated the prevalence of deafness and lifestyle influences impacting the hearing impaired in England. His total research and development program grants for the last three years alone total over 45 million British Pounds. He serves on the managing Council of the International Journal of Audiology and he is a frequent attendee and speaker at the Academy’s convention—AudiologyNOW!—the ICA, and in Asia, Europe and South America.

Prior to entering academia, Dr. Davis was a practicing Benedictine monk and was studying for the priesthood. However, science called, and he obtained his BSc from Exeter University in mathematical statistics and Psychology; his MSc from Stirling University in mathematical psychology; and his PhD from University College London in psychology. In his early scientific work, Dr. Davis studied lateralization and brain function. However, in 1978, he moved to the Medical Research Council laboratories at Nottingham University where he became interested in hearing—and, as they say, “The rest is history.”

It goes without saying that Dr. Davis exudes a strong sense of community and has been proactive for the profession of audiology and the patients we serve. He has been chair of the British Society of Audiology and a council member of the International Journal of Audiology. He is also an elected fellow of the Royal Statistical Society, the Faculty of Public Health of the Royal College of Physicians and the Royal Society for Arts, Manufacturing and Commerce.

Dr. Davis is so well respected and appreciated in his own land, that Queen Elizabeth II awarded him the Order of the British Empire. With such a notable background, one can clearly understand why Dr. Davis would be a logical recipient and much deserving to the Academy’s International Award for Hearing, and he would do us honor to accept it.