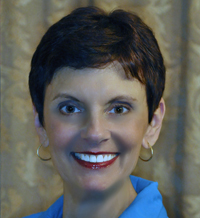 Carol Flexer’s passion for the listening needs of children in the classroom has been prolific.  She has devoted her career to advocating for better listening, learning, and literacy for children with hearing loss and has had a critical impact on the role of audiologists in the educational arena. In the early 1990s, Dr. Flexer met Drs. Carl Crandall and Joseph Smaldino and a powerful collaboration was born. Their individual and collaborative efforts provided significant focus on the areas of classroom acoustics and soundfield technologies, and as a result many books and lectures were produced that remain the cornerstone texts for those topic areas both nationally and internationally.

With over 155 publications and the co-editor/authorship of 11 textbooks, Dr. Flexer has had a phenomenal impact on those she has served and on our profession. She has been involved in the education of audiologists, teachers ,and the public for more than 35 years. Her academic career began at Texas Tech University, followed by Kent State University, and for the remaining 25 of those years she worked at the University of Akron where she was named a Distinguished Professor of Audiology.

Today, Dr. Flexer continues to lecture to national and international audiences about pediatric audiology issues. She has given more than 500 presentations at state, national, and international venues, impacting tens of thousands of professionals and parents. Her ability to captivate those she teaches remains a signature of her presentation style. As so perfectly noted by a colleague, “she has an incredible gift to deliver her message simply and convincingly.” She has received numerous awards for her education efforts, including an AGBell Advocacy Award, Ohio Magazine Excellence in Education Award, New York League for the Hard of Hearing Nitchie Award for promoting mainstreaming, and Akron Regional Speech and Hearing Association Award for “Best Practices” in serving children. For her research and advocacy for children with hearing loss, Dr. Flexer has also received two prestigious awards from The Alexander Graham Bell Association for the Deaf and Hard of Hearing, theVoltaAward and theProfessional of the Year Award.

Dr. Flexer has also demonstrated pronounced leadership while serving in the capacity of president for theAmerican Academy of Audiology, the Educational Audiology Association, and the Alexander Bell Academy for Listening and Spoken Language, and on the Board of Director’s for the Auditory Verbal International Association. Dr. Flexer has an unmistakable passion for the field of audiology and an overall zest for life. Without question, her efforts throughout her career to successfully advocate for children with hearing loss have made her a clear choice for the Distinguished Achievement Award from the American Academy of Audiology.