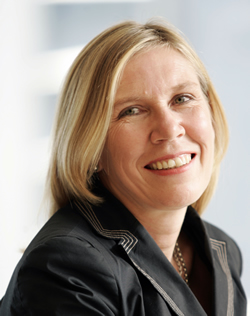 Dr. Elaine Saunders is a leader in the development of new technologies for cochlear implants and hearing aid. Her academic qualifications include a BS (Hon) in Chemical Physics and an MSc. in Clinical Audiology from the University of Manchester, U.K. After completing her PhD at the University of Southampton, she continued working in England as a clinical audiologist and lecturer in audiology until she moved to Australia in 1984 where she continued her career as a clinical and research audiologist.

In 1996, she became a project leader for commercialization of new hearing-related technologies at the Co-operative Research Center for Cochlear Implant and Hearing Aid Innovation, in Melbourne. As an example, Dr. Saunders was part of the team that developed and patented a shaped implantable cochlear implant electrode which was subsequently commercialized as the Nucleus® Contour ElectrodeTM. She has participated in the publication of several scientific articles regarding this device. Her most recent business responsibility was as the CEO and Director of Dynamic Hearing Pty (Australia) which develops sound processing and DSP technology for hearing aids and headsets. She has recently left this position and is now on the faculty of Monash University in Melbourne, Australia.

Dr. Saunders is the co-author of a audiology textbook with one of her mentors, Dr. John Bamford. Their book is titled Hearing Impairment, Auditory Perception and Language Disability, published in its second edition by Whurr Publishers. She was awarded a Churchill Fellowship to study pediatric audiology in selected U.S. audiology centers. In 2008, she was awarded the Outstanding Service Award by Audiology Australia. In 2003, she shared a Commercialization Award with Cochlear Pty. for the commercialization of ADRO, which is now used in some hearing aids and cochlear implants. In 2004, Dr. Saunders was awarded the Government and Corporate Sector National Telstra Business Woman of the Year. Under her leadership, Dynamic Hearing has become a worldwide leader in digital signal processing applications for hearing instruments and head-sets which provide improved speech recognition to users of these devices around the world.

Dr. Elaine Saunders exemplifies this award with her outstanding career and she is a well deserving recipient.