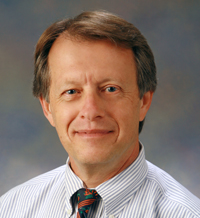 James (Jay) W. Hall III, PhD, is a man of many exceptional talents, boundless energy, and limitless generosity. It is the overabundance of these attributes and a lifetime of their application for the betterment of audiology and those with hearing and balance disorders that make Dr. Hall an ideal recipient of the Distinguished Achievement Award of the American Academy of Audiology.

By his own admission, we almost lost Dr. Hall to the world of speech-language pathology, but he was rescued by the likes of Dr. Earl Harford, Dr. Noel Matkin, and Dr. Tom Tillman at Northwestern University where Dr. Hall was studying for his master’s degree. He went on to study with Dr. James Jerger for his PhD and has since spent a very productive career in various hallowed halls of prestigious academic institutions.

Although Dr. Hall has spent the majority of his career in academia, the impact of his work has certainly not been confined to such institutions. In fact, it is hard to identify another audiologist whose influence is so palpable in so many parts of the world. He has published with colleagues in the farthest corners of the world, from South Africa to India. His educational seminars and lectures have touched students, budding audiologists, and professionals in every continent of this world. Dr. Hall continues to travel the world spreading the word about the latest innovations in audiological science and practice. As many a witness will testify, when he is not traveling, the world reaches out to him through countless email messages seeking advice about scientific and clinical questions.

At home in the United States, Dr. Hall has held every position of leadership imaginable in the institutions where he has worked. Along with these administrative and leadership responsibilities, he has amassed an enviable volume of peer-reviewed publications, book chapters, and textbooks. Perhaps Dr. Hall’s true love still remains with objective and electrophysiological evaluation of the auditory system. In this general area, his textbooks are amongst the perennial favorites, covering areas of evoked potentials, otoacoustic emissions, and other objective methods of evaluating the auditory system.

Dr. Hall is one of the founding members of the Academy and has continued to serve in many important ways. He recently completed a term as the chair of the American Board of Audiology and continues to be a permanent fixture on various organizational committees and task forces. The rest of us have learned the adage about asking the busiest person when something needs done. There are few who are busier than Dr. Jay Hall.

The selection of Dr. Hall as a recipient essentially redefines this award as he has excelled in not one, not two, but virtually all of the possible areas of excellence that this honor encompasses. But perhaps the most striking qualities that make Dr. Hall the most worthy recipient of the Distinguished Achievement Award are the generosity of his spirit and the warmth of his friendship.