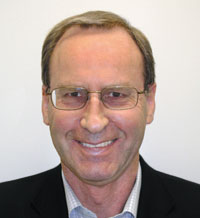 William J. Keith, PhD, is one of those rare individuals who has not only worn many hats, but worn each with distinction. One hat worn by Dr. Keith has been as an audiologist. Here, he excelled; quickly working his way up to the title of principal audiologist, subsequently becoming director, of the National Audiology Centre in New Zealand. He used his expertise and influence to grow the profession of audiology in New Zealand by recruiting psychology students into the profession, adeptly working to establish scholarship support for audiology students through the New Zealand government, and helping establish the first academic training program in New Zealand for audiologists at the University of Auckland in 1990. He was also one of the key founders of the New Zealand Audiological Society. In short, the name "Bill Keith" is synonymous with audiological excellence in New Zealand.

Another hat worn by Dr. Keith has been that of entrepreneur and businessman. Here too, he excelled. First, inventing and developing a pediatric audiometer and products for the blind in his roles as founding partner, director and manager of the Audiology Division of Pulse Data International. Soon after, Dr. Keith began as managing director for Phonak New Zealand, providing creative and visionary leadership there for 16 years. Under his leadership, the company received national awards of business excellence in 1999 and 2005. In 2006, the New Zealand Prime Minister personally presented him with the Enviromark Gold Certification award, recognizing his company's accomplishments in environmental sustainability, one of the first companies in New Zealand to receive such recognition. A hallmark of his time at Phonak NZ was that the company not only "did well," but also "did good." At the time of his retirement from Phonak NZ, the company was the top hearing instrument supplier in the country.

Dr. Keith took just as much pride in other accomplishments during this time, including the creation of scholarships for audiology students, advocacy for audiologist involvement in workers' compensation programs, and the promotion of ethical professional business practices, including advocacy for the closure of manufacturer-operated audiology clinics in New Zealand.

Finally, a third hat worn by Dr. Keith has been that of compassionate advocate and humanitarian. Once again, he has excelled in this regard. In fact, the Academy's Honors Committee, when reviewing and discussing nominees for various awards, deliberated as to whether the International Award or the Humanitarian Award would be most appropriate for Dr. Keith. He has been a tireless advocate for the identification and treatment of hearing loss in children. He helped to establish audiology services in public hospitals and schools for the deaf throughout New Zealand. He helped to start the first cochlear implant program while at the National Audiology Centre and currently is the chair of the Northern Cochlear Implant Trust, a government appointed trust that administers cochlear implant services in New Zealand. While at Phonak NZ, Dr. Keith established an overseas audiology aid project in western Fiji, with regular visits by audiologists and hearing-aid technicians, as well as free hearing aids for those in need. This program has been in operation for nearly a decade and has helped hundreds, if not thousands, of Fijian children.

The preceding paragraphs only highlight three of the many hats worn by Dr. Keith over the years and only touch on the important contributions made by Bill when serving in each of those capacities. It is clear, even from this brief synopsis, that Dr. William J. Keith is most deserving of this recognition by the Academy.