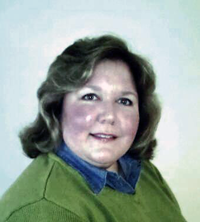 Position Statement
Since the Academy was founded nearly 25 years ago, the profession of audiology has seen tremendous growth and recognition. This recognition is in large part due to the Academy's dedicated volunteers who have worked to improve educational standards, develop practice guidelines, and advocate on behalf of the profession with government agencies and members of Congress. While we have made great strides, there is more work to be done for audiology to be positioned to deal with the changing landscape of healthcare in the United States. As president-elect of the Academy, I would advance the following issues:

We must maximize every opportunity we have to discuss the valuable services we provide. The profession of audiology cannot afford to be minimized during this transformation in healthcare, and we need strong volunteer leadership, informed professional staff and experienced consultants working together to achieve our goals. I am committed to the success of our profession and honored to be considered for this position.